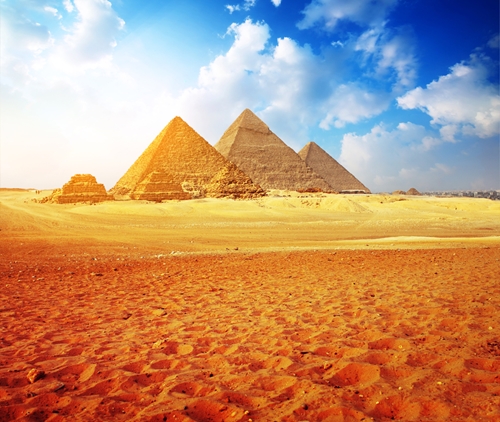 3D laser scanners have a range of applications as many projects can benefit from accurate, as-is data. A new show by the Public Broadcasting Service is highlighting how these tools are especially critical to researchers and architects as they try to understand some of the world's most important structures. Called "Time Scanners," the new show is hosted by Dallas Campbell, a British actor and presenter, and will follow engineer Steve Burrows around the globe as he scans and researches various landmarks, according to online news source Archinect. This show promises to raise awareness about 3D laser scanning and modeling's benefits, as well as showcase just how important this technology is to many professionals.

'Time Scanners' travel around the world
According to PBS, "Time Scanners" is a three-part program, with each part focusing on one particular historic site. In a preview of the program, laser scanning is shown to be vital in the ongoing examination and study of historic structures and buildings. Because 3D laser scanners can gather detailed information about these buildings, researchers and scientists can receive more information about sites than they have been able to in the past.

The first episode, which aired on July 1, centered on Egypt's pyramids: the Step Pyramid of Djoser, the collapsed pyramid of Meidum, the Bent Pyramid of Snefru and the Great Pyramid of Giza. According to PBS, the program's team showcases in this episode how they scanned these important ancient structures. The main objectives of scanning the pyramids with mobile 3D laser scanners were to develop accurate models of these sites and gather data that could help researchers better understand how they were constructed, according to Newsday.

Newsday reported Burrows looks at the evolution of pyramid design in Egypt with the help of laser maps, and also examines part of the collapsed pyramid's exterior. According to the news source, the collapsed pyramid has a rough layer of facade on its exterior that was meant to ensure the outer facade didn't fall off. The team also aims to determine where the true location of the Great Pyramid's King's Burial Chamber. Newsday's review of the episode noted that using 3D laser scanning to examine the construction of the pyramids helps to fine-tune what engineers and archeologists have already uncovered about the building process of these structures.

The second episode will focus on St. Paul's Cathedral in London. According to the cathedral's site, it was first built in 604, and has been reconstructed throughout the centuries after fires and bombings damaged the site. As the Cathedral of the Diocese of London, it is important to the English history, as well as the history of London itself. Many people may know it as where Prince Charles and Princess Diana were married. The show will look at how Sir Christopher Wren, the building's architect, constructed the cathedral. It will also examine how the cathedral survived the London Blitz, despite being hit with a bomb.

The team goes to Petra in Jordan in the last episode. The ancient city was lost for more than 1,000 years, and is famous for one of its buildings being cut into the mountainside. According to PBS, 3D laser scanning helps to uncover how the city was constructed.

For researchers and architects, 3D laser scanning is an invaluable tool in their research and ongoing projects, and now this new program from PBS may further awareness about this critical technology to a larger audience.

Historical sites: Learn how SGM can bring cutting edge technology to bear on presenting your historical site to visitors in ways never before seen with our 3D imaging services.

previousBenefits of aerial LiDAR technology beyond the norm

Any cookies that may not be particularly necessary for the website to function and is used specifically to collect user personal data via analytics, ads, other embedded contents are termed as non-necessary cookies. It is mandatory to procure user consent prior to running these cookies on your website.